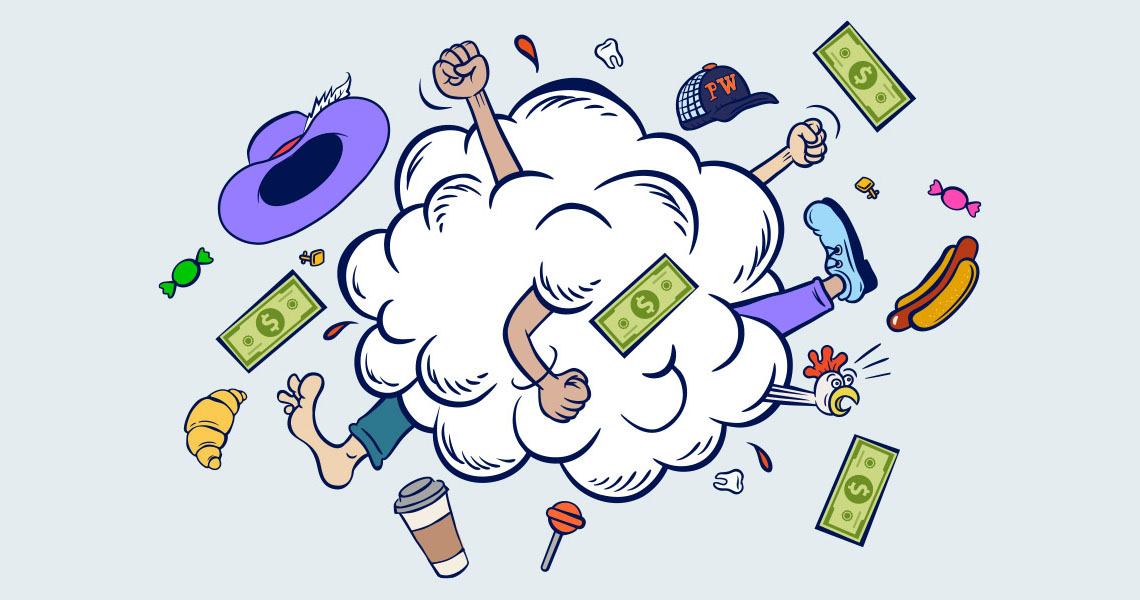 My main man Peter Wiener called by the other day with some coffee and croissants, I don’t know who he thinks he is, gone all posh and the like. Anyways, we’re jus’ havin’ a chat, Wiener was jus’ sayin’ his girlfriend, Peaches, had gone and joined the mob with the dog's pound - a strange one that girl. So, we was jus’ chewin’ the fat when this woman comes burstin’ into the store. I says like, “what’s the hurry? This ain't where the fire is.” Me and Wiener were havin’ a little laugh about it when she says, “this isn’t a joking matter, I’ve come about the flavourings gift box my daughter bought me for my birthday.” I was dead pleased, it’s not often we get much feedback on our specials, so I puffs out my chest and gives Wiener a knowin’ look. He’s always making fun of me and my store, and now he was goin’ to hear first hand what a great success I really am.

I settles myself back in my chair and puts my feet up on the counter, ankles crossed. Then she starts. She says first of all her daughter is only ten, and even though there wasn’t any booze in the gift box she shouldn’t have been allowed to buy it. Then she says it was jus’ a box of retro sweets and she could have got it in the pound shop. And as for the packagin’, well, at that point I thought she was going to explode right there in front of me. She gets the gift box out of her bag and slams it down on the counter demanding a refund. I looks at it and could see that some of the contents were missin’. When I pointed this out to the angry lady she says, “of course there are, you sold a box of sweets to a kid!”

Right, so Wiener who had been quiet this whole time walks over to the counter and looks at the gift box. He pokes it about with his finger and says, “madam you are absolutely right. This is nothing more than sweets in a cereal packet.” WHAT? What was he tryin’ to do to me? And what was with the posh accent? And, I thought he was my friend even if he does like to wind me up. Then he turns around and gives me a wink. A wink? He turns back to the lady and says he believes she has every right to ask for a refund, and that the proprietor is nothing but an unscrupulous good for nothin’ tryin’ to rip off the hard-working people of our dear country. Well, I almost fell over. I’d never heard him say that many words in one go before. He looks at me and winks again. I have to say though, to be fair, the angry lady didn’t seem quite so angry now, she jus’ stood with her arms folded looking at me like she was waitin’ for me to say somethin’.

Well, I stood me ground, folded my arms and stares right back at her. Thems is damaged goods now, I can’t sell them on after they’s been opened. “I’m waiting,” she says. I tells her so am I, and she asks what I’m waitin’ for. At this point I wasn’t sure how to answer, as I didn’t know what I was waitin’ for. Then Wiener walks over to the till and takes out twenty bucks. What? As it tries to hand it over the the angry lady, I grabs him and wrestles him to the ground. We was rolling about on the floor tryin’ to get the better of each other when we heard the store bell tinkle. We both looks up and the angry lady has left and so has the twenty bucks. So, I’m fumin’ at Wiener and he jus’ laughs at me. I asks him what he is laugin’ at and he jus’ says how much fun that was. FUN!? I grabs him and chucks him out the front door and tells him not to come back until he’s got that twenty to give back to me. Ya know what he says then? He tells me him and the angry lady are in a play together, and they wanted to rehearse in a real life situation, apparently is somethin’ about gettin’ right into the character. He then hands me a twenty and says I shouldn’t sell so much rubbish in the store and it would serve me right if that happened for real. I asks ya, that man’s a liability.

Stop the world I want to get off!